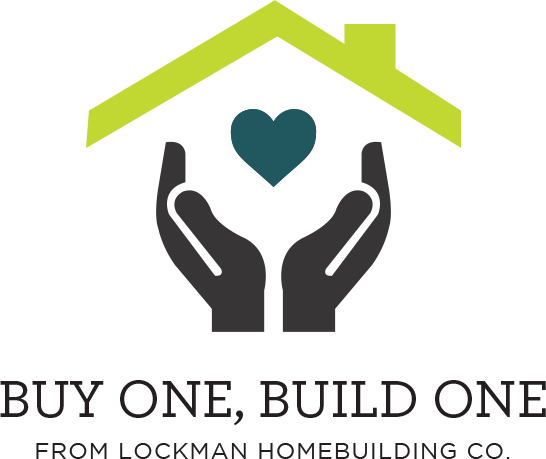 Nonprofit work has been a part of Lockman’s life for a long time. After spending time overseas it was clear to him that our country is blessed with amazing resources. Life seems meaningless without being a part of something bigger than ourselves, a story beyond our own. Since homebuilding is a natural part of Lockman’s story, it only makes sense to bring that talent and his resources to some of the most impoverished areas in our hemisphere and beyond.

Buy One, Build One makes it possible for the local community to do something amazing and life-changing life-changing for other communities.

In 2010, after the sale of two homes, Lockman left a few days later to build two homes for widows and their children in Guatemala. The families were living in makeshift tents with little protection from the elements. After the completion of their new home the mothers were overjoyed—not just for the basic privilege of having a roof overhead, but at the very idea of having a lockable front door. For the first time, they had a door of their own. This seems so simple, but the idea of having one’s own front door bestows a basic dignity. The home is the base of the community upon which a nation is built and for every home that Lockman sells, another will be built for someone in need.

Lockman has built over 40 homes in Guatemala and will continue to build homes for people in need.

If you are interested in learning more or getting involved with Buy One, Build One, please contact us. We would love to hear from you.
CONTACT US